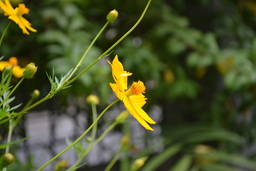 It is compose of 21 Municipalities and 3 major Cities. It is located on the Central Luzon Region also known as Region 3. Its natives, the Bulaqueños or Bulakenyos in tagalog are rich in cultural and historical heritage.

The name of the Province Bulacan is derived from the tagalong term “Bulakan” or “Pook ng Bulak” which means a place of cottons.  It is said that the province is full of cotton trees back then. There are also hearsays that the name Bulacan originally came from the word “Bulaklakan” which means sanctuary of flowers because the province is said to be the “Hardin ng Filipinas” or the garden of the Philippines.  Like the Provinces name, some of its municipalities were also named after trees, plants and nature such as Marilao, Meycauayan, Calumpit, Hagonoy, Bocaue and Malolos. Under the Spanish Government, some of the town’s name was derived from Catholic Saints (San Rafael, San Ildefonso, San Miguel, and Santa Maria), others are from Spanish Officials (Norzagaray, Obando, Bustos). Valenzuela was then part of Bulacan and obtained cityhood status on Feb. 14, 1998. The city, considered the northern gateway to Metro Manila. Now, it is part of the Metro Manila and belongs to the National Capital Region (NCR). 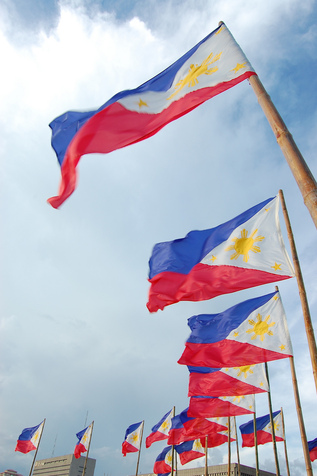 It played an important role in the Philippine Revolution of 1896. As early as the time of the coming of Legaspi to conquer Manila with two of his subordinate officers, Martin de Goiti and Juan Salcedo, the Bulakeños thru their seafaring brothers from Hagonoy showed their instinctive love of country by helping Raja Soliman, King of Manila, fight the Battle of the Bangkusay Channel.

The history began when a small settlement of fishermen lived along the coast of Manila Bay before the coming of the Spaniards. Later on, these settlers became farmers after moving inwards as they discovered that the land in the interior part was fertile and very much drained by the network of rivers and streams.

When the Spanish Conquistadors invaded the Philippines, they make the country one of their colonies. The colonization of Bulacan took place on 1590, and then the Spanish Government initiates three kinds of Political System Structures in its community. The old places near the sea, like Meycauayan and Calumpit that has thick population was under “Alcaldia” which is led by the Alcade Mayor governed municipalities that had been fully subjugated to the Spanish Government, meanwhile other places far from the town church are subjected to “Reduccion” a system that requires resettlements near the Church Town or within hearing distance of church bells also known as “bajo de la campana” in Spanish. Malolos is under the system "Encomienda" wherein the Spanish Government assigned a local "Indio" or Filipino Citizen to rule over the town based on the rules, regulations, policies and laws of the Spanish Government. But in reality, "Encomienderos" are just figure puppets of the Spanish Regime.

The Natives felt the vast changes in their way of living under the Colonialism for they are obliged to give tributes in a form of "palay", rice in tagalog or "Polos y Servicios" wherein all male member of a family from ages 16 to 60 will have to forcefully work for the Government and Church in building roads, bridges, government facilities, government official's houses, churches and even ships for the colonial administration. The only exceptions are the Sons and Grandsons of the "Raha", "Lakandula" and "Soliman".

Most of the Natives just accepted these kinds of oppression due to the superior force, power and strategies of the enemies. But there are some leaders and heads of tribes refuses because of many different reasons. First, all the "Datu" and "Raha" and old family leaders plans and executes rebellion against colonization due to loss of power and authority over their jurisdictions. As a result, the uprising of 1587 began. Secondly, a group of natives or tribes unites to stop the cruelty brought by "Polos y Servicios".

As the time passes by, and the rapid growth of Christianity, the urge to fight and refusal to obey the Spanish Government settle down for many of the citizen's life under the shadow of the church. They began to go to church every Sunday, follow the processions of the Saints every town fiesta or "Semana Santa" (Holy Week) and be entertained with the musics inside and outside of the church. The Bulakenyos accepts the dominance of the King and the Priest and they become good Filipino Citizens for a quite some time. This explains the Traditions and Culture that we inherits from the Spaniards. Like "Sabong" or gambling with rooster fight, the "Mañana" Habit, the "Ningas Kugon" Mentality and others. We even adopt some of their language, like "kamusta?" it originally came from the Spanish Term "Cómo estás?" meaning "How are you?", the term "lamesa", "silya" and many other.

The signing of the Pact of Biak-na-Bato in 1897 was a brilliant chapter in the history of Bulacan. However, the crowning glory among the series of historical events in the province was the establishment of the Capital of the First Philippine Republic in Malolos. The Malolos Church and the Barasoain Church will be both remembered as the executive headquarters of President Aguinaldo and as the Legislative, from September 10, 1898 to March 29, 1899. It was also in Malolos that the famous and historical document, the Malolos Constitution, was drafted and ratified.

Bulacan is also the cradle of noble heroes, of great men and women. The early people of Bulacan, being descendants of a freedom-loving race, had also risen in revolt like their brothers in other parts of the country. Bulacan was one of the eight provinces, which rallied behind the Katipunan's call for an all-out insurrection against the Spanish tyranny in the late 19th century. It produced the Great Propagandist Marcelo H. del Pilar, the youthful General Gregorio del Pilar, the Propagandist Mariano Ponce, the Tecson, Valenzuela, Torres, Estrella, Viola, Sandico, the famous "Women of Malolos," and Maestro Eusebio Roque (Maestrong Sebio), among many others. The Bulakeños take fierce pride in their history and tradition and they live by these glories. By these glories, they are quick to display leadership and seek fullest commitment to national goals.